Choose one of 13 different characters (1 secret character), buckle up on one of 4 desk chairs and race over 1 to 10 rounds against the time or a friend (2-player-split-screen!) across (currently) 4 available tracks!

Turbo Sneakers will give you a 3s turbo boost:

Wheel Shield will protect your wheels from rugs and puddles for 3.5s:

Beat your own records but keep an eye on your depleting energy and collect energy drinks to refill it! ⚡

This game was originally a submission to the #WastedResources game jam and it's currently being updated with more tracks and race modes! 😉

- redistributed the energy drinks on all tracks

- the lonely couch and the pool regenerate energy much faster now

- added the dev as a secret character: you have to enter a code in the character selection screen to access him.

Search for #ChairRacingSecret on Twitter to get the codes 😉

- Changed the times' display to show the time in this more readable format: MM:SS.ms ⏱️

- fixed some graphical bugs in the 2-player-mode

- added dirt patches that slow the player down

- made a game icon for the Windows version

- added healing for the "lonely couch": as long as your sitting you get healed +2% every 0.5s

- added a 2nd set of energy drinks for the 2nd player

- added sounds for the countdown at the beginning of a race

- fixed a bug where the music volume wouldn't mute the music when set to 0.

- added the 3rd track to the game: Lizzy's Home

- added a new kind of "trap": water puddles will let you lose control over your desk chair

- added water puddles to the other tracks

- moving around will consume 2 energy per second now

- added an HTML and a Linux build

Fun 2D game. Surprisingly addicting. I think I'm going to need new arrow keys. The music was very well done. The needing to pick up items was intuitive. I liked that I could get out of my chair and pick my own. Lots of characters to choose from. It's a fun little game.

Hello, that was very very fun to play!

- Write in the game that you can use gamepads and not only keyboard. I'm a bad boy and I didn't read the description (... and I dare complain that my pupils don't read the instructions...) before starting and discovered the possibility by myself after 3 runs. Particularly for people who want to have fun with a friend but don't have a QWERTY keybord (many European countries), that may be an instant drop as the WAED is an impossible combination.

- in the selection screen put the players above the circuit as one select them first. I was a bit confused.

Fun and addictive  game! My marvins' home 1 lap PB is 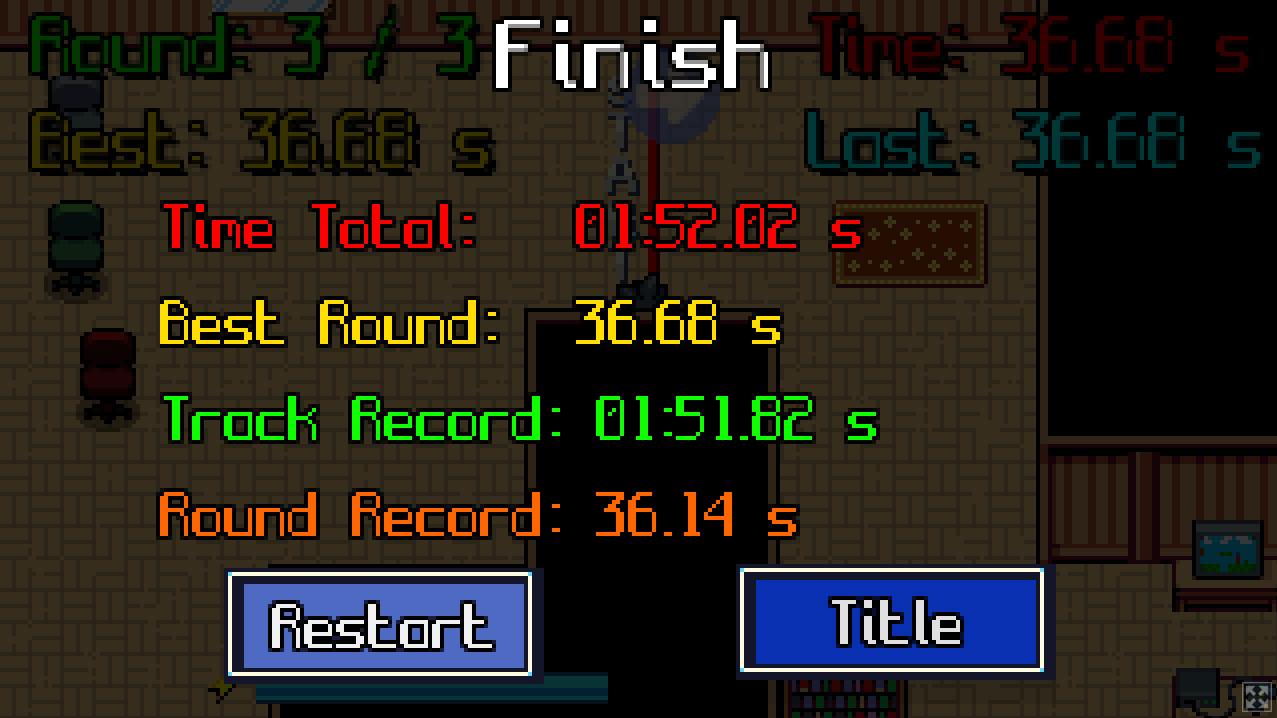 Erm... May I ask you to do another run with the current version? I've added power ups that can make you faster! 😉🙏

That would be awesome!

Great game! Definitely the most polished of the jam!

And sorry for the messed up times on the finish screen 🏁🥲

This will be fixed first 😉 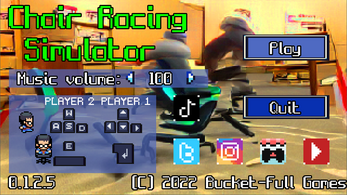 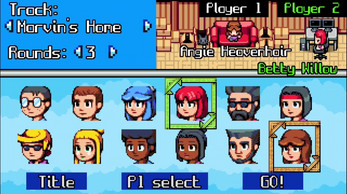 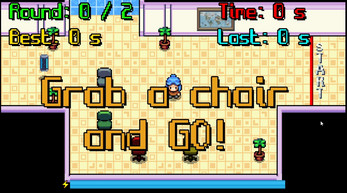 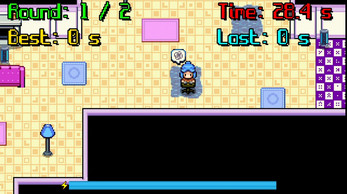 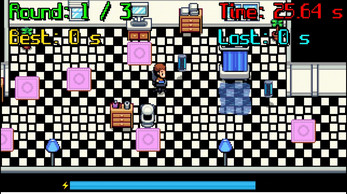 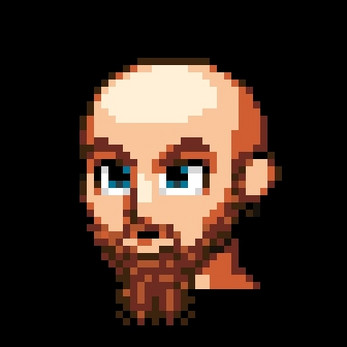