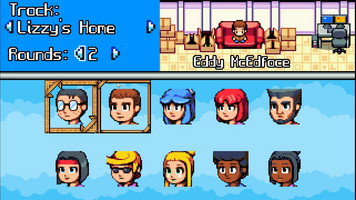 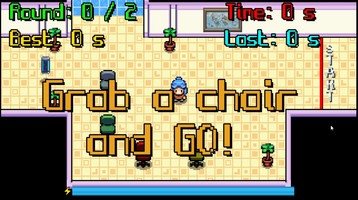 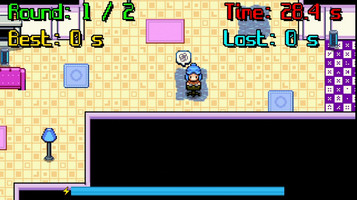 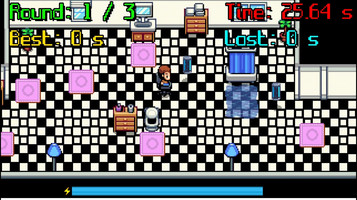 After a month full of ups and downs, draw backs and hope I could finally release my new game on January 23rd 2022: Chair Racing Simulator!

It was a submission to the Wasted Resources game jam I've co-hosted with @Radiobush and was originally meant to be a 'Lazy Person Simulator'! 😅

I wanted to create a game where you had to do your everyday stuff with as few energy consumption as possible while also make the player aware of possible environmental impacts some 'lazy' decisions might have... But life came in my way and on top of it I became ill with COVID-19 shortly before the game jam ended!

Luckily, it was a mild course but time ran out for Lazy Person Simulator - so I had to decide what to cut and what to keep to be able to submit!

The first game mechanic I've shown was 'moving faster while on a desk chair' and it was more or less the only thing I had until then... And a few conversations and discussions with fellow gamedevs later, Chair Racing Simulator was born! 🏁

The idea was to create a desk chair racing game where you also have to collect energy to be able to finish - to fit to the theme of the game jam: Don't waste (y)our energy!

I've spent every free time I could get over the next days to add sprites and game objects, code all necessary scripts and create the first racing track of the game which resembles the house of one of the 10 characters you can choose from!

A first playable version (0.1.0.0) was submitted 7 minutes before the original closing time of the game jam! 😲🙌😀

Since then I've continued working on it and fixed a couple of bugs, added 2 more tracks, extended the character selection screen with track selection, added instructions and music volume adjustment to the title screen, direction indicators and more!

My plan is to have at least 10 tracks (one for every character), more pickups and more racing modes with AI opponents and MAYBE local multiplayer - we'll see about that 😉

I hope you enjoy the game and have fun playing - I surely do! 🎮😏

Every feedback is welcome! Just leave a comment on the game's page!

Here's the Changelog so far:

- added the 3rd track to the game: Lizzy's Home

- added a new kind of "trap": water puddles will let you lose control over your desk chair

- added water puddles to the other tracks

- moving around will consume 2 energy per second now

- added an HTML and a Linux build