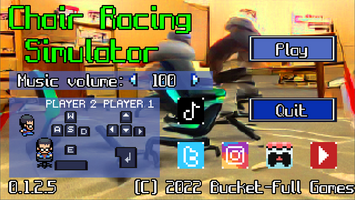 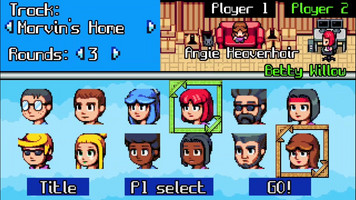 After nearly a month with some disruptions from game development I've finally finished the implementation of the 2-player-split-screen-mode! 🎉

What began as a wild idea in the right mood soon turned into a lot of work as I haven't done this before and didn't plan beforehand!

I'd never thought that adding a second player would mean SO much more work! 😲 - At least without proper preparation...

This was definitely a valuable experience and I have learned quite a lot!👍

Besides, I have added a new feature: the "lonely couch", where you can take a seat and accompany a lonely girl - and restore your energy while sitting ⚡

I could also fix some bugs along the way💪

So, what's coming next? Back to level design for the next tracks! I'm especially looking forward to track no. 5 which will have some special Easter eggs added! 😉

- added healing for the "lonely couch": as long as your sitting you get healed +2% every 0.5s

- added a 2nd set of energy drinks for the 2nd player

- added sounds for the countdown at the beginning of a race

- fixed a bug where the music volume wouldn't mute the music when set to 0.